Quick update to let you know that from about two thirds of a box of shirts, I was able to make 800 ties, so far. That's enough to be fitted on 400 masks. There were 8 boxes in total, so, with rough calculation, I'd estimate the shirts I picked up from you will make around 9600 ties, for 4800 masks!
The group announced last week that collectively, over 10,000 masks have been made and distributed by the group so far.
I am working on one box of shirts, and the other have been divided up among other volunteers, so I'm sure many of the shirts are already incorporated into masks being worn by workers and citizens of Calgary already.

Thanks again- this has been a tremendous help.
Sarah

CTC got an email from Sarah Serl, she has a child in CALTAF, asking if the Calgary Track Council happened to have any old t-shirts in storage that we could donate. She is volunteering making masks and other PPE with a group called Mask Makers YYC.
So Ed Moore checked his garage and called Dale and Doug to round up everything at Foothills and at the University. They gathered five or six boxes, they would guess there were at least two hundred t-shirts! They met Sarah at the track and loaded up her van.

It's not much but it's a reminder to people that there are lots of ways we can all try to make a difference these days, sometimes in the most unlikely ways!

If you wish to volunteer or are part of an organization that would benefits from what Mask Makers YYC make, check out their Facebook Group.

This group was created to organize volunteer sewists, makers and inventors in making masks for the working community of Calgary.

The group has made over 5000 masks and still has requests pending. We've found that t-shirts cut into strips make excellent ties for the masks, as they are adjustable/ and don't hurt the ears after many hours of wear as elastics do. 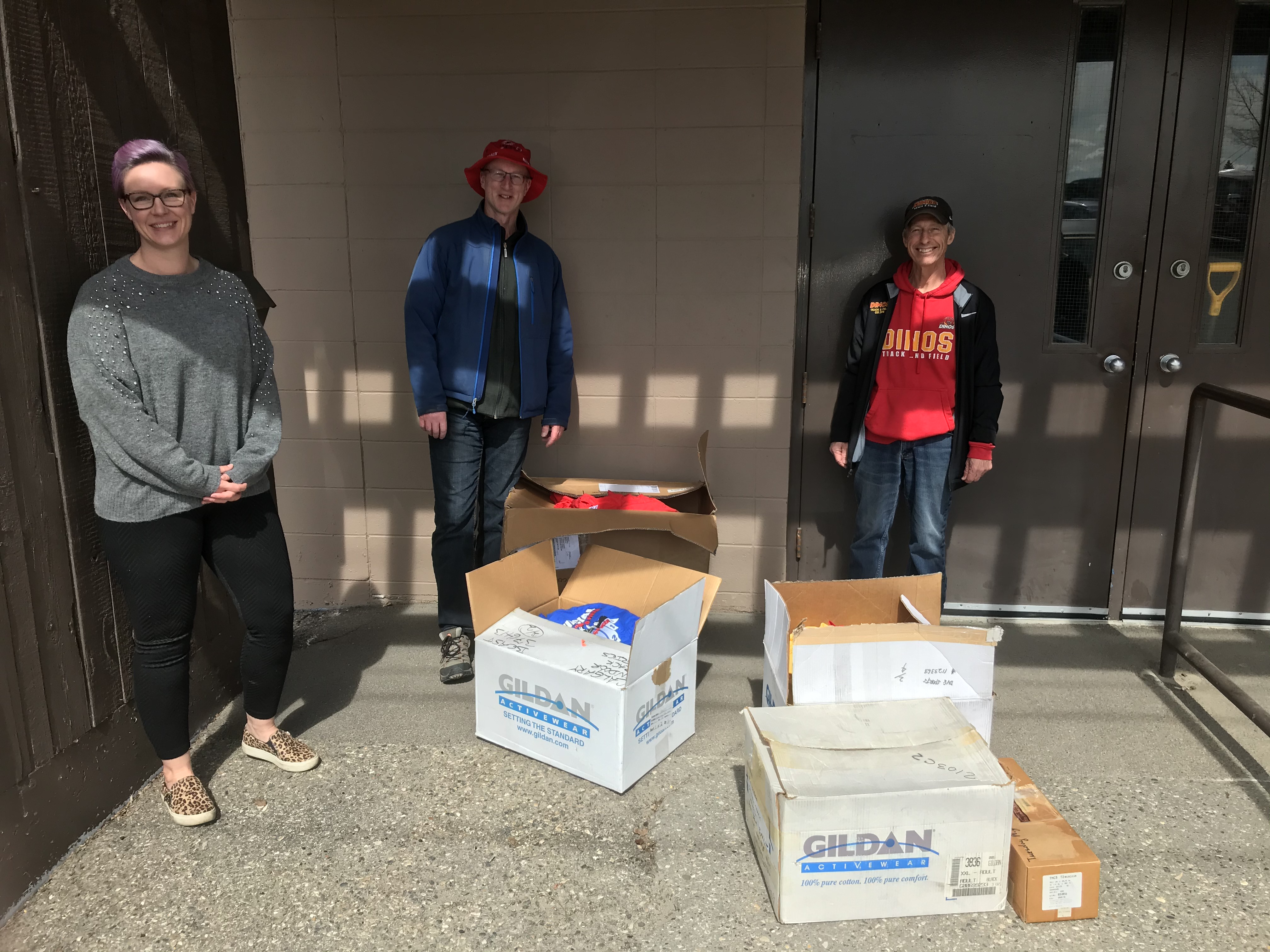